skip to main | skip to sidebar

Tennis season has arrived along with spring rain. My little creek rose and fell. There are snow covered peaks in the distance and flowers in the foothills. I am celebrating the good things that spring will bring: farmers' markets, my garden, biking, and an improved real estate market. I have a new listing in Lyons, a charming town that is the site of the annual Rocky Mountain Blue Grass Festival. I decided not to take a writing class at the University of Colorado, but I will join a writer's group. My new tennis partner (hi Donna) is great & we are on 2 teams together. Go pink, go green !! I haven't written lately so will post an old poem I wrote for my mother.

Stay here, I plead to the mommies
Who shake their heads in unison
Affirming their independence
Much the same as I once did
Posted by 27Susans at 6:16 PM No comments: 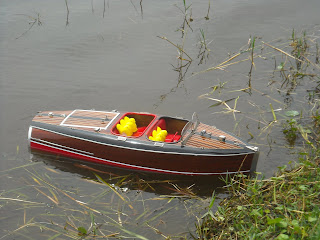 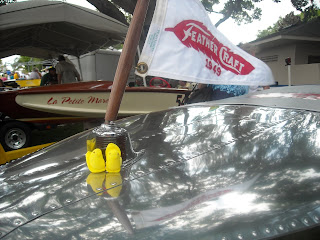 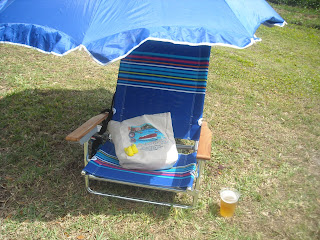 Peeps, like Santa's elves, sometimes need a break. I took my Peeps on a trip to the Antique Boat Show in Tavares, Florida. The Peeps were drawn to anything yellow, including beer and yellow men. Shiny stuff caught their attention, as did a puppy. I prefer a red zinfandel like 7 Deadly Zins. 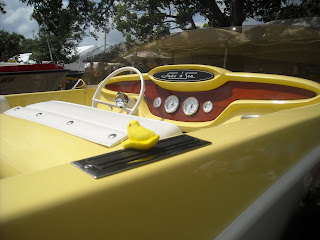 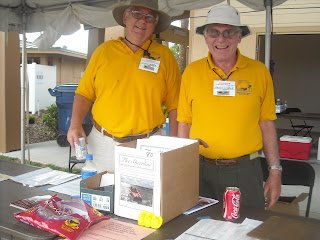 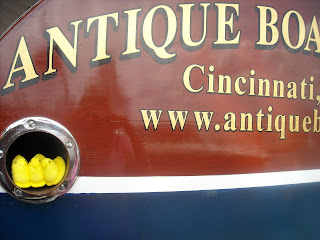 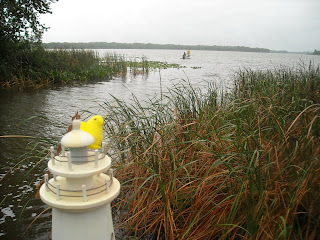 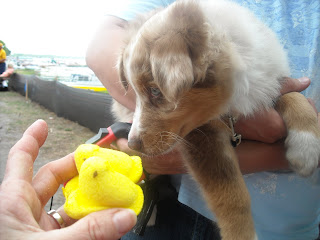 THE PEEPS NAME THEIR PUPPY "BO"
Posted by 27Susans at 8:45 AM No comments: 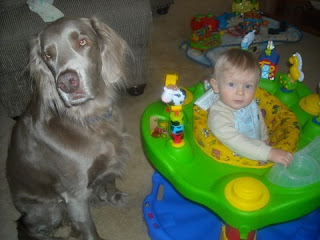 How do dogs celebrate Passover? Do they switch to Kosher-for-Passover dog food and is there such a thing? Are dogs even Jewish? My research into these important questions has taken me to Miss Cleo's site (not THAT Miss Cleo,the one on TV who was arrested for not actually reading your fortune.) This Ms. Cleo has a site for pet supplies including a $95 package for a BARK MITZVAH. It includes: all meat canine Bark Mitzvah cake, happy Bark Mitzvah Hat, Doggie Treat Bag filled with draydel and menorah biscuits, Star Bark Mitzvah collar, and a ribbon balloon cake topper. I believe most of her customers are residents of Boca Raton, Florida.

Reading the ingredients on the bag of dog food in my pantry, I see that my dog is eating pretty well for a non-Jew. However, most of the ingredients will need substitutions. The chicken and egg products must come from kosher chickens that have been humanely killed by rabbis with long black coats and equally long beards. Oatmeal is out and matzoh is in. The whole grain brown rice and millet sound healthy so I'd like to keep them in. But can I?

According to Nachum Mohl, writing for Jewish Magazine:

One of the more noticeable differences between the Ashkenazi (European Jew) and his S'fardi (Arab Country origin Jew) brother is brought to light during the Passover festival. The Ashkenazi Jew does not eat rice or legumes, where as the S'fardi Jew does.

There are five different types of grain from which we must make matzo for the first night of Passover: wheat, oats, barley, rye and spelt. These five types of grains are the types that become chametz if left in contact with water. Eating chametz on Passover is a very serious sin.

Rice and other legumes do not become chametz even though flour made from them may rise; it is not considered chametz. Therefore, according to the Torah, it may be eaten on Passover.

Understanding a wee bit of history may help us out a bit. Somewhere during our long exile the Jews seemed to move in two directions, one was into the Arab lands and the other direction was into the European lands. Approximately one thousand years ago, the Arabs were at their zenith, but the Europeans had not begun their ascent to cultural and financial superiority. The Jews moving from country to country divided into these two groups. This was also during the time of the crusades. The physical boundaries and distances between the two cultures, together with the cultural differences cause the split between the Ashkenazi and S'fardic Jews.

Each group had its group of wise Rabbis that made the decisions and rulings for its local Jewish population. The S'fardic Rabbis did not see rice and legumes as a problem in their milling processes. It was the Ashkenazic Rabbis that saw that in their communities that rice and legumes were becoming a major stumbling block.

The problem is that rice (and legumes) is a grain-type food. It has long been sold and packaged and handled by those factories and middlemen that handle also the wheat and the other grains. It is not uncommon when purchasing a package of rice to find another grain of something else in the package. It is very difficult to mill the rice with out the inclusion of any of the five grains mentioned above since rice is generally milled in mill that are used also for flour. Because of these two reasons, the Ashkenazi Rabbis have forbidden the eating of rice and legumes on Passover. This ban has been accepted by all Ashkenazi Jews.

I think that I've got some options here. Dugus can eat matzoh brie which is basically an omlet made of beaten eggs and matzoh (soak crackers in water until soft and drain) that is fried in butter and topped with a sprinkle of sugar. He can dine at the home of a Sephardic Jew. He can eat Evanger’s Dog and Cat Food Company kosher varieties, which have been endorsed by the Chicago Rabbinical Council. Or I can whip up some chicken and vegetables (no peas) and he can share his dinner with my grandson, Gavin, who has just started to eat meats and vegetables. I think they will both like my cooking better than anything that comes in a jar or can.
Posted by 27Susans at 6:44 AM 1 comment: 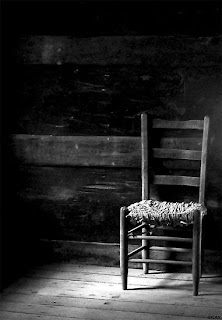 I recently spent some time at my friend Steve's studio. He is a terrific photographer & kindly took pictures of some of my paintings. Despite all his talent and creativity, not to mention all the how-to books and equipment he has, he admits there is so much to still learn. Is this the 10 year learning curve that I have read about? It is so much simpler in law. Do something 17 times and it is considered a habit, admissible in court as evidence of a propensity to do something. So while my painting and writing qualifies me as having a propensity to paint and write, it still doesn't mean I know what the heck I am doing.

But if Steve can admit there's much to learn and still snap away, so can I continue my creative process. I came away from his studio & our conversation with a great visual image and more than a few words to go along with the picture in my head. So here you go, Steve. This one's for you.

Steve’s chair doesn’t recline
And there is no pillow
To give you comfort
Still, it is a safe place
To reveal small secrets 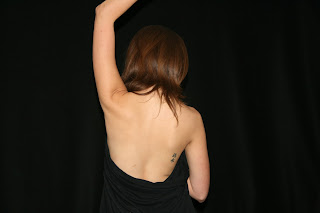 Our laptops and my camera were stolen just before Christmas. Oh the horror of buying a new computer, recovering lost data (some of which is gone forever) and getting a new laptop up and running. We have spent untold hours on the process and our computer geek, Brian, has spent hours on the phone with the foreigners at Dell tech support. Those guys read from their scripts looking for key words that Brian feeds them, hoping for an "aha" moment. At least two routers and two wireless cards later, I am up and running more or less. Windows Vista does strange stuff and I am having trouble with emails, but I am once again on line. Perhaps there is a message in this....it's more fun to paint and bake and whatever happened to my Rolodex?

Speaking of Christmas, Jesse and Dana and baby Gavin visited us in Florida. Gavin is so squishy cute and he celebrated the New Year by drinking milk and spitting up.

SO WHAT DOES THE PHOTO ABOVE HAVE TO DO WITH COMPUTERS AND BABIES YOU ARE ASKING? Not a thing. But this week, I had a wonderful opportunity to join a small group of very talented photographers and painters as they worked with a live model. I have much to learn but hope to join them again and develop my creative side. I did pen and ink sketches and took some photos for my collages.
Posted by 27Susans at 10:47 AM No comments: 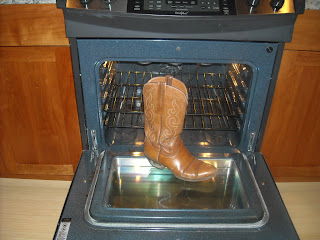 This Tuesday, the bakers at Tuesdays with Dorie baked some sort of caramel pecan bars & shared their photos and comments with happy TWD bloggers across the universe. I, on the other hand, got the boot.

Having failed to timely post per the rules, I am flying solo now. The good news is that I can post on Wednesdays and paint on Tuesdays if I choose. And that is exactly what I did. Rick is happy that he got sugar cookies this week (his favorite) rather than the TWD treat of the week. So all is well that ends well. 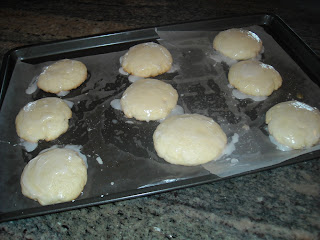 Except the dog ate my cheese: my favorite little round of goat cheese, Cana de Cabra, from Cheese Importers in Longmont. I hid the bag under the car seat when I stopped to buy fresh bread at the Harvest Bakery. The little squirt managed to pull it out and ate it wrapper and all, leaving nary a clue except his cheese breath. He did not share his find with Dugus, who remained in the back of the car and sulked about having a doggie guest for the day. Bad dog Luca, but you sure are cute. Bad dog Dugus for nipping Luca earlier in the day - you guys need to quit those food fights. Here's Luca below. 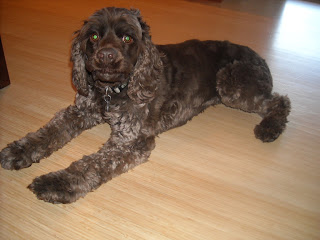 It's fun to play with fire 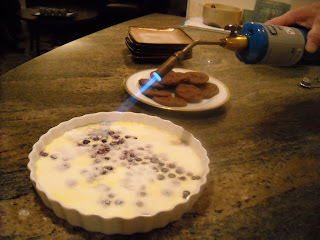 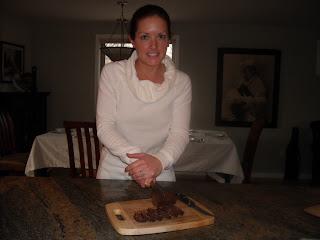 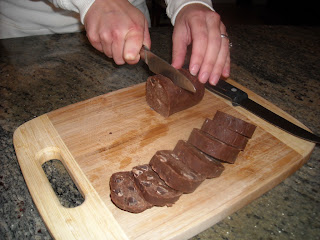 Is this on my diet? 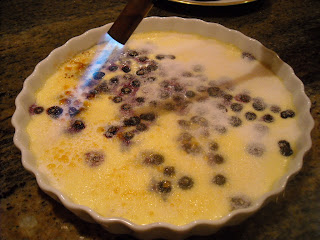 Valentine's Day presents an opportunity to catch up on my baking. I decide to use this occasion to bake some recipes that were selected by the bakers at Tuesdays with Dorie. World Peace Cookies are a January 2009 selection, but Creme Brulee was a recipe chosen back in 2008. Rick returns from the garage with a blow torch and a fire extinguisher and I proceed to make creme brulee without fear of burning down the house. Rick is on a blueberry kick (muffins, pancakes) so he votes for blueberries in the custard rather than rasberry sauce. The recipe is simple and the gang enjoys the pyrotechnics. I only used a light dusting of sugar on top of the cooked custard which resulted in a carmelized topping that was rather minimal. Next time, I will put a very thick layer of sugar on top and call in the fire department for back up. 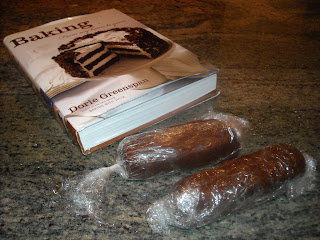 The guys are fascinated by fire 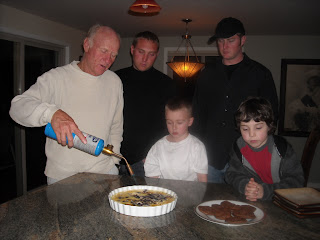 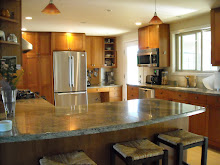 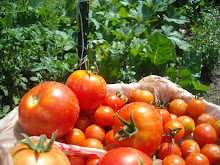 1st we play, then we eat 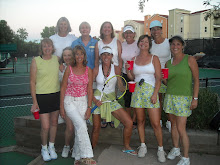 I bake a peach custard pie 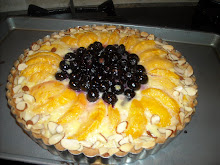 Tragedy! The dog eats it. 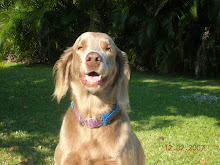 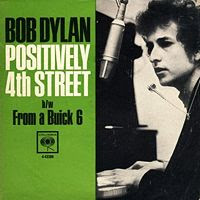 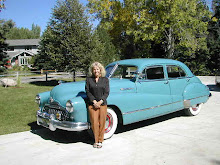 27Susans
Degrees in art/design and law. Nothing is black and white. I paint in vivid colors and textures, mostly abstract.